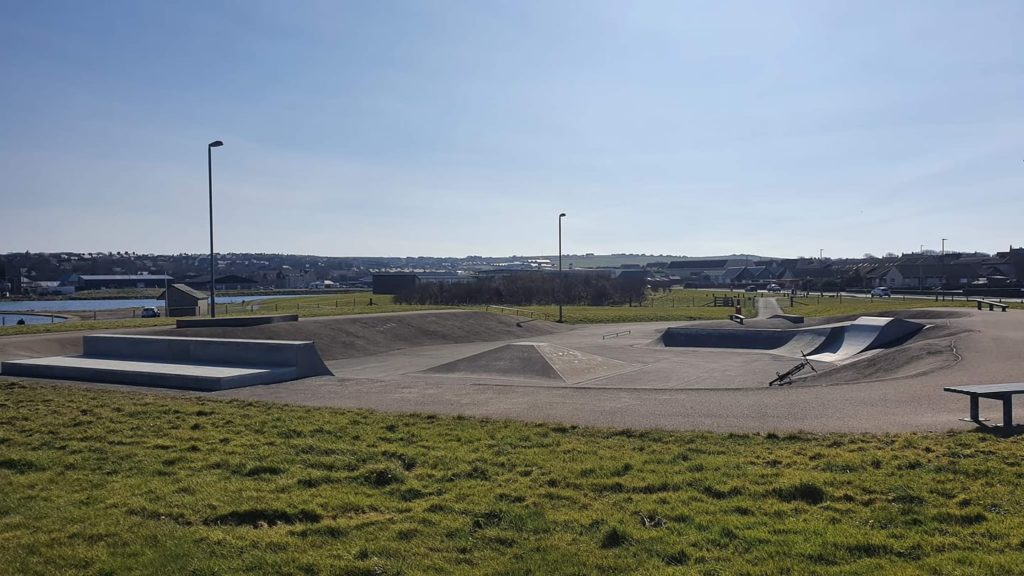 This is Scotland's second-most northerly skatepark! It was originally built in 2005 and is mostly a tarmac surfaced wide mellow banked area with a four sided pyramid funbox in the centre and some ledges / rails. An additional concrete teardrop / spine and curved ledge on top of one of the banks were added circa 2020. In early 2022 a new concrete jump box, quarterpipe extension and metal flatbar rail were added and the base of the pyramid funbox resurfaced to make it smoother.

You're probably not going to take a trip to Orkney just to skate this but it's Scotland's 2nd most northerly park and it's great to see that it is regularly used and has had some new features added in recent years, it would definitely be worth checking out if you're on holiday in Orkney!

The Scottish Skatepark Directory is developed by Skateboard Scotland